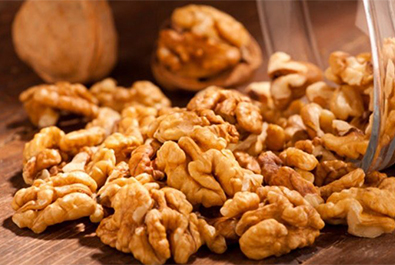 Walnut is one of the most popular types of nuts that are available in all over the world. When we say walnut, then we mean the nut of any tree that comes under the division of Juglans. Technically this type of nut is the seed of drupaceous nut. Thus, some experts do not agree to call it a botanical nut. Generally, the walnuts we consume or use as a portion of food are the processed ones. It has essential fatty acids and proteins. Apart from that walnuts are considered as a great source of nutrition and basically made of polyunsaturated fat. The volume, size, bulk density, unit mass, and the sphericity are determined by the moisture content.

There are two major types of walnuts found all across the globe includes Persian or English walnut and Black Walnut. They are distinct from each other because of their seeds. The English walnut was originally found in Persia. On the other hand, Eastern North America is considered as the native land for black walnuts. This type of walnut has high flavor. However, it has a very hard shell and thus it is not grown commercially like the English walnut.

Soya proteins are widely used in the process of manufacturing of cookies, crackers, bread and other baked foods. You can directly cook them or use them as an ingredient to prepare other foods too.

You can use walnuts as an ingredient of various foods. One can have walnut butter that can be homemade too. Both these types of walnuts can be eaten on their own; either roasted or raw form. Walnut coffee or walnut cakes are the example of using the nut in foodstuffs. Apart from foods, there are some other commercial uses as well. It is promoted as the potential cure for cancer. The husks of black walnut are used as ink for drawing as well as writing. Ground walnut shells and used for cleaning the aviation parts by the US Army because they are inexpensive.

The demand of walnuts can be seen in all over the world. People of the USA or the UK consume walnuts in raw and roasted form as well as they use the nuts in various other foodstuffs. On the other hand, countries of Far East Asia or the Middle East also have a high demand for this product.